This is the Tesla Model X. It’s all-electric, it can seat seven people. it can go zero to 60 in 2.7 seconds and it has gullwing doors actually they’re called Falcon doors but you get the point this is not a boring vehicle. This is the craziest vehicle you can buy today. 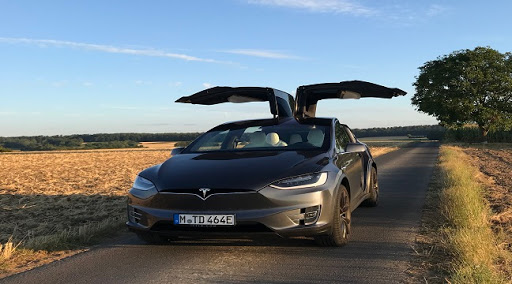 Tesla Model X previously has the falcon doors and they’re the coolest thing about the Tesla Model X. Now they’re going doors but they may not be like what you remember. Because they have a hinge in the middle. Also, they’re sensors all around them. So, they don’t hit your garage on the way up and don’t slice you in half on the way down, unlike normal car doors.

You don’t need to open and close them by yourself, you just hit a single button and they close themselves. So what’s the point of Falcon doors, what problem do they, solve very well. Tesla will tell you that they open in really tight parking spaces and that’s true. They do go up and down very vertically. No other car doors can do that as well like a minivan sliding door. But those are boring Falcon doors are cool they’re theater and they draw a crowd whenever you use  0-60 times are a way to measure. How fast a vehicle is with fast cars, it’s a way to put them in a pecking order, when I was a kid anything that could do 0 to 60 in the 4-second range was considered faster. Now today anything less than 3 seconds is considered supercar territory. Those are your Ferraris, your McLaren, and your Lamborghinis. Now the Tesla Model X, which again can seat seven people can do 0 to 60 in 2.7 seconds. That’s insane on the list of vehicles that can go zero to 60 under three seconds. It sticks out like a sore thumb but it’s also good for when you’re merging on the highway or passing a vehicle all you have to do is put your foot down and you get all that instant torque. 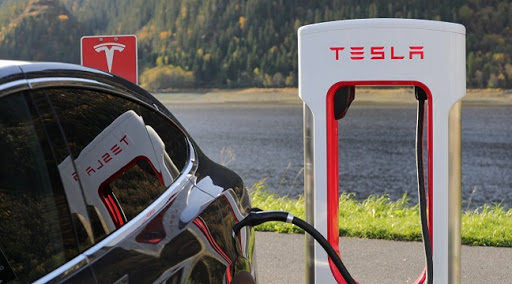 Driving a Model X isn’t like driving other vehicles, first, it’s an electric vehicle so it’s completely silent and because it’s electric it has tons of power that’s available at any speed. Since we’re in a Tesla we have to talk about autopilot to engage it. I just pull back on this stalk on the left side of the steering wheel twice when you hear that beep the car takes over driving for itself. Then I should keep my hands on the wheel because it’s just an assistance device. It doesn’t drive the car all by itself. Autopilot is monitoring everything around the car it’s got cameras and sensors to make sure that it knows where the other traffic is and where you are relative to it. It can even change lanes by itself. It’s gonna scan around and looks for an opening and then when it finds it, it’ll turn all by itself. There we go the model acts really doesn’t handle like other SUVs, that’s because there’s a battery pack beneath the floor and that weighs a lot. So it keeps the Model X from feeling tippy or exhibiting a lot of roll in corners. Also, it’s got some other peculiar things like this windshield. The glass goes all the way up above my head and you might think that’s a little strange or that I might get hot in here or have the Sun in my eyes but Tesla’s tinted the window halfway down.

There are just so many things you can say about the Tesla Model X that you can’t say about other vehicles, so many specs that go together that shouldn’t. It goes 0 to 60 in 2.7 seconds but it seats 7 people. It has a 300-mile range and yet, it can fit more cargo than most 3-row crossovers. You know it’s all of these things together that make the Model X so magical and actually it’s what makes it so crazy.