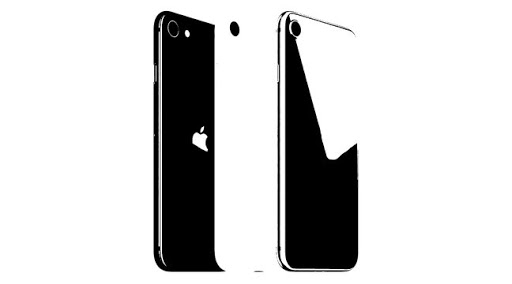 Hey, it’s happened after years of speculation, years of leaks. The new iPhone SE 2020 is here. There’s no surname. it’s just the iPhone SE. I’m calling it the SE for simplicity and it’s everything that we thought it would be.

so let’s go ahead and go through iPhone SE 2020 that’s changed everything that’s new and why this is actually a steal of a deal? so overall the design is unchanged from the iPhone 8. I thought we would see at least some minor changes aside from the Apple logo being centered on the back and the new colors; the design, the body, the chassis is exactly the same. Same dimensions, the same width means all of your old iPhone 8 and 7. cases will still fit and of course, the rebel series which we have long been working on and is releasing right after the iPhone SE 2020 is out. 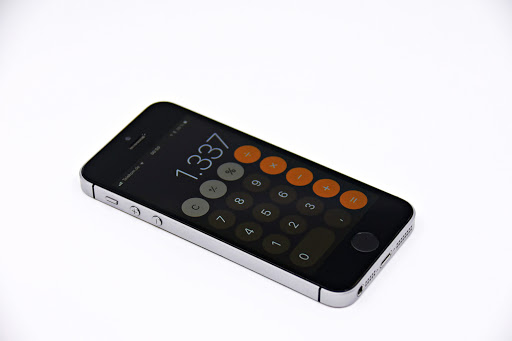 Just as predicted the new iPhone SE 2020 comes in three new colors black product, red and white one. These actually differ from the iPhone 8 colors, the black is darker richer, the white cleaner not as muted as a silver color on the iPhone 8. I do like the new color scheme which is very simple, just three which is very easy to decide and pretty much. It has a 4.7 inches display.

We now have an apple 813 chip very likely to see three gigabytes of RAM. Also once we get some official benchmarks in but no surprises here, what is surprising is Apple did not include a u1 ultra the wideband chip that can be found in the new iPhone. The newer version of iPad Pro doesn’t have one either so it’s a little bit of a mystery but could be a cost-saving measure. Now as for the camera we’re looking at a 12-megapixel shooter. It’s doubtful which generation camera this is if it was pulled from the iPhone 11Pro or from the 10s series but unlikely to be from the newer phones as it is a cost-saving measure. Apple does call it one of the best single-camera systems ever in an iPhone.
Now that’s quite a title to hold maybe in 2016 but in 2020, when most camera smartphones have two or more lenses not so impressive anymore. But regardless you’re likely to get some very impressive photos with this camera. It does have an aperture of 1.8. off course no night mode, that’s reserved for the iPhone 12 Pro and the iPhone SE gets various portrait modes they won’t be as sharp as a dual-lens system iPhone but even so, the results look impressive here and smart HDR is included in photo-taking us.
Well, you’re getting high-definition videos on this device the same as the iPhone. A 4k 60 frames per second the front-facing camera remains unchanged 7 megapixels with an aperture of 2.2. It’s in Apple’s best interest to save money on this device where they can. That’s why they kept the same chassis same design same display and the touch ID sensor remains the same gen 2 which is an honestly amazing system. I miss it faster than face ID even the water-resistance remains the same IP 68 rating which is a meter at 30 minutes. I would not recommend actually stress testing this taking it underwater into the shower as IP 68 is just borderline. Yeah, You can splash it but submersion is not recommended.
The battery life remains the same as the iPhone 8 series which was just about the same as the iPhone 7 series in fact. I wouldn’t even be surprised if Apple is recycling the battery here as a cost-saving measure. so possibly the same one as the iPhone 8 other tidbits include faster Wi-Fi so Wi-Fi 6 and gigabit-class LTE, which is more of a marketing term but yes this phone is getting faster in the connectivity realm. Again no u one chip which is a cost-saving measure. No audio zoom in a camera which is something the newer phones get.
iPhone SE 2020 comes in 64GB, 128GB, and 256 GB of storage. So starting at $400 than jumping up to $449 to double the storage to 128GB and then $549 for 256GB, not a bad value(cost-saving). actually, I genuinely believe that this would start at $449 so it’s a steal of a deal at $399 dollars. The perfect design for the iPhone SE 2020 would have been an edge-to-edge display but this is a great runner up and it only makes sense. Apple likes to recycle the parts and technically, this is the fifth generation of this design started with the iPhone 6.
I like that Apple is keeping it alive for this long anyways pre-orders will begin on April 17th at 5:00 a.m. Pacific Daylight Time with a shipping day on April 24th.

You can Crack your best deals from the link below: